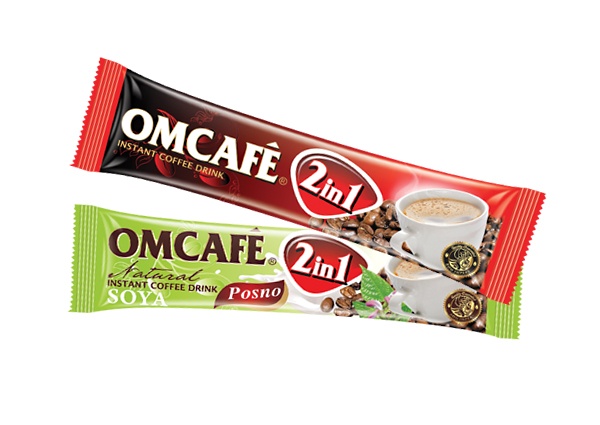 There are more versions of the story about who invented instant coffee.

One of them says that it was the Swiss who got the idea as far back as in the 30-ies of the last century to add to the dehydrated coffee grain a certain amount of carbon hydrates and make instant coffee, and thus it found its place in the commercial use in this form. The second has it that the instant coffee was invented by the American scientist of Japanese origins, Satori Kato from Chicago.

Be that as it may, around 900 billions of cups of coffee is drunk around the world every year.

OMCAFÉ  2 in 1 is the instant coffee we have invented, and we produce it in cooperation with the German producer DEK.

Instant coffee 2 in 1 is the instant solution for complete enjoyment. It is an ideal way to enjoy in the favourite beverage at any time of the day, whether alone or in company.